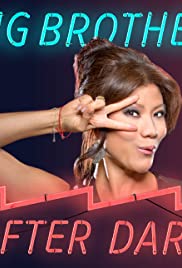 Big Brother: After Dark was an uncensored, uncut live feed from the American Big Brother House while broadcast on Showtime2. The program debuted on July 5, 2007 as a companion show since Big Brother 8 and it aired on Showtime 2 in the United States and Slice in Canada.

The program was the only first-run original program produced specifically for any of Showtime’s seven multiplex channels.

On May 29, 2013, it was announced that Big Brother: After Dark will move to TVGN beginning on June 26. While it was promoted by TVGN as remaining uncensored as it was on Showtime 2, on TVGN “Big Brother: After Dark” is now rated TV14 and censored for language by muting of the audio.. The network says that nine words and nudity will be censored from the show, though some profanity still goes through. The broadcast airs uncensored over Slice in Canada.

A version of this program was also developed as a companion series to Big Brother Canada on Slice. 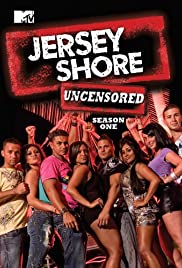 A crew of people come up with new things to do every week. One day, they may work on a business franchise. Another day, they might go and make someone ride a bull, or shoot burritos at people.

Bling Empire follows a wildly wealthy group of Asian and Asian-American friends (and frenemies) in Los Angeles. While their days and nights are filled with fabulous parties and expensive shopping sprees, don’t let the glitz and glamour fool you. Between running multi-billion dollar businesses and traveling the world, these friends are as good at keeping secrets as they are at spilling them. And there is certainly no shortage of secrets.

Smartest Guy in the Room

Smartest Guy in the Room

Smartest Guy in the Room pits geniuses with 140+ IQs against one another as they compete in challenges involving feats of skill across a variety of topics.

Following Nick and Drew Lachey as they open a bar in their hometown of Cincinnati—because nothing mixes together quite like siblings, construction, and beer.

A peek inside the exploits and privileged private lives of the blended Kardashian-Jenner family, including sisters Kim, Kourtney and Khloé.

Mexico City is the modern cultural mecca of Latin America, and is home to some of the planet’s richest elite. This series will put a spotlight on the notoriously private, high society world in Mexico City by focusing on three family dynasties that made their fortunes in the entertainment, beverage and luxury car company industries. The series will explore these successful multi-generational families through both comedy and heart in ways that only close-knit relatives can, particularly those that have known one another for decades. They will challenge stereotypes and showcase the revealing, luxurious and over-the-top lifestyles in this cosmopolitan destination.