Monster Garage is a television show for the Discovery Channel hosted by Jesse James. Each episode is an hour in length and was conceived and produced by Thom Beers.

The show aired the series finale on June 12, 2006. Jesse James, the host of the show, did not participate.

American Hot Rod is a reality television series that originally aired between 2004 and 2008 on The Learning Channel and Discovery Channel. The unique series documented the crew at Boyd Coddington’s car shop and their personal struggles to build hot rods and custom vehicles. It was made on location at Coddington’s hot rod and wheel shop in La Habra, California. Many employees went to work for Overhaulin’s Chip Foose, a former partner of Coddington, for a more relaxed environment.

Custom built cars built during the series included the “Alumatub”, 61 Impala Bubbletop, 63 Chevy Corvette Stingray and a 42 Woodie. In July 2007, the shop made an Elvis Tribute Car, a modified 1957 pink Cadillac, sponsored by Reese’s.

Boyd Coddington died in February 2008. His shop closed its doors for the final time on Friday June 20, 2008. 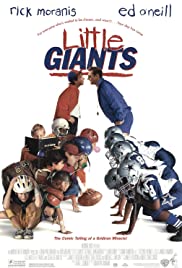 The White Shadow is an American drama television series that ran on the CBS network from November 27 1978, to March 16 1981.

Nitro Circus is an “action sport collective” led by Travis Pastrana, featuring his friends and him traveling around the world riding dirtbikes, base jumping, and performing stunts. It has spawned a tour, a second television series based on the tour, and a 3D feature film.

An emotionally-charged, six-part documentary, exploring football’s extraordinary impact on the world. From the streets of Delhi to the fields of post-war Rwanda to the pitches of the Champions League, this globe-spanning series tells a unique story of the game and its power to unite countries, inspire generations and captivate billions.

Two teen cricket prodigies struggle against their overbearing father and a system stacked against them to realize their own ambitions and identities. 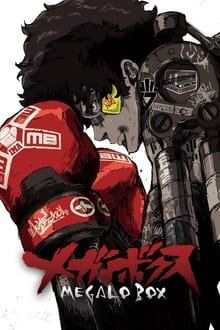 A desolate land stretches out from the city of poverty. A motorcycle speeds recklessly, blowing clouds of sand and dust. The rider is the protagonist of this story – he has neither a name nor a past. All he has is his ring name, “Junk Dog” and a technique for rigging MEGALOBOX matches with his pal Gansaku Nanbu, which they use to support their hand-to-mouth lives. JD is bored, resigned, and unfulfilled. Yuri has been the reigning champion of MEGALOBOX for the past few years. He has the skills and presence of a true champion. This is a story of JD and his rival, Yuri.

A world-class roster of diverse male and female wrestlers give fans a new wrestling experience for the first time in 20 years.

Wacky Races is an American animated television series produced by Hanna-Barbera. The series, inspired by the 1965 slapstick comedy film The Great Race, features 11 different cars racing against each other in various road rallies throughout North America, with each driver hoping to win the title of the “World’s Wackiest Racer.” Wacky Races ran on CBS from September 14, 1968, to January 4, 1969. Seventeen episodes were produced, with each episode featuring two different races.

The cartoon had an unusually large number of regular characters, with twenty-three people and animals spread among the 11 race cars. Reruns of the series currently air several times a day on Cartoon Network’s classic animation network Boomerang.

High Stakes Poker is a cash game poker television program, which was broadcast by the cable television network GSN in the United States. The poker variant played on the show is no limit Texas hold ’em. It premiered on January 16, 2006 and ended on December 17, 2007 for the first 4 seasons and the last 3 seasons ran from March 1, 2009 to May 21, 2011 and was simulcast in 3DTV on N3D.

The participants on the show include both professional poker players and amateur players.

Kat Baker is an up-and-coming, high-level single skater who is about to turn in her skates after a disastrous fall. When Kat seizes an opportunity to continue her career as a pair skater with a talented bad-boy partner, she risks exposing a fiercely kept secret that could unravel her entire life. 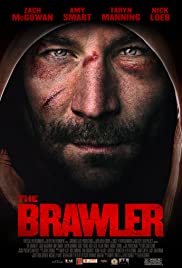 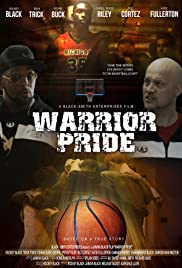 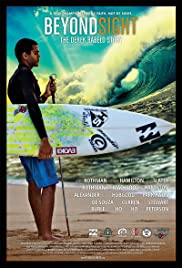 Beyond Sight: The Derek Rabelo Story

Beyond Sight: The Derek Rabelo Story

Amidst the small beautiful city of Guarapari, Brazil, Derek Rabelo’s father prayed that his son would become a famous professional surfer. Unfortunately on May 25th 1992, his prayer seemed unanswered when Derek was born blind. Seventeen years later Derek decided that despite his blindness he still wanted to surf and that he wanted to surf Pipeline on the North Shore of Oahu. Through the encouragement of his parents, best friend, and surf coach, Derek embarked on a three-year journey of grueling mental, physical and spiritual training. As Derek perseveres towards his goal of surfing Pipeline, he inspires the best pro-surfers in the world including Kelly Slater, Damien Hobgood, Rob Machado, Lakey Peterson, Taj Burrow, Laird Hamilton and more, who are featured in the film. You will learn from Derek’s story that the best journeys in life are walked by faith, and not by sight. 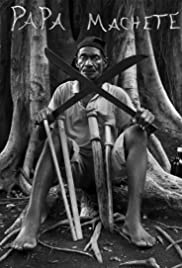 Papa Machete is an intimate account of ‘Professor’ Alfred Avril, one of the world’s only known masters of the esoteric martial art of Haitian machete fencing, known in Creole as ‘Tire Machet’. The film documents a proud, but aging man’s devotion to his heritage and his desire to continue tradition. 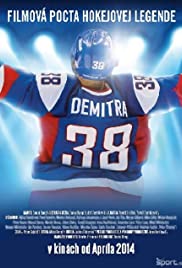 This unique documentary follows the life of a Slovak hockey legend, Pavol Demitra. It takes us from the very begining of his career in Slovakia through successful years in NHL to Lokomotiv Yaroslavl and his tragic death in a plane crash in 2011. His family, friends and fans around the world remember him not only as a top sportsman but also as a good man with strong character.
– Written by ITA Film 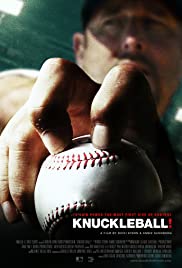 Follows the Boston Red Sox’ Tim Wakefield and the New York Mets’ R.A. Dickey – the only two major league pitchers who use the unpredictable knuckleball – during the 2011 season. 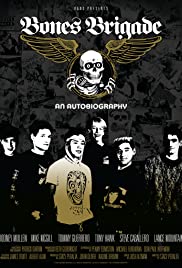 When six teenage boys came together as a skateboarding team in the 1980s, they reinvented not only their chosen sport but themselves too – as they evolved from insecure outsiders to the most influential athletes in the field. 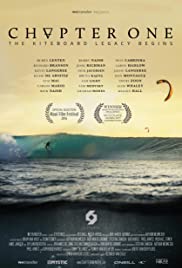 Chapter One: The Kiteboard Legacy Begins

Chapter One: The Kiteboard Legacy Begins

Adventure. Challenge. The simple joy of riding the wind. The best kiteboard riders each have their own reasons for pursuing their sport to its uttermost limits, but they’re united in revealing its breathtaking beauty to the world. 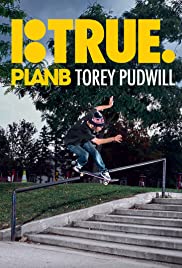 In 1991 a skateboard company was created with the most revered team roster in the history of skateboarding, it was named Plan B. A year later the first video “Questionable” debuted and it caused a shockwave through skateboarding still felt to this day. The 2nd Plan B video “Virtual Reality” came out a year later with the same legendary dominance. The visionary and owner of Plan B, Mike Ternasky died in an auto accident in 1994 and left his legacy with two of the founders of Plan B, legendary skateboarders Danny Way and Colin McKay. Plan B skateboards is proud to introduce our 5th full length video, “TRUE” featuring Ryan Sheckler, Chris Joslin, Felipe Gustavo, Scott Decenzo, Trevor McClung, Pat Duffy, Torey Pudwill, and others. In the tradition of Plan B videos, TRUE stands as one of the most anticipated videos of all time. The team carries the torch from the spark which Mike Ternasky created from day one.

Ty Hargrove wants to be a champion dirt track racer, but that takes money and support, two things he’s short on. 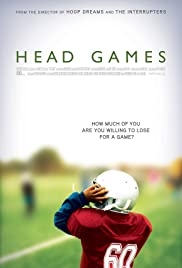 Former football player and wrestler Chris Nowinski’s quest to publicize recent findings about the often dire consequences of head concussions sustained by athletes in contact sports — injuries that have previously been considered momentary setbacks and ignored in the name of toughness and dedication to the team. 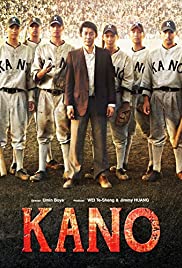 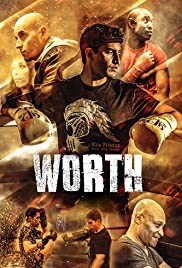 Ricky, a top contender in Muay Thai Kickboxing trains for the title belt, all the while dealing with new relationships, money problems, and family drama. 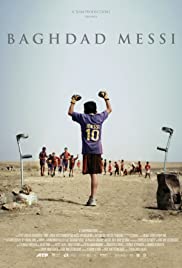 Iraq, 2009. Little Hamoudi (10) is totally obsessed with football. Just as the rest of the world, he and his friends are eagerly looking forward to the Champions League finale FC Barcelona-Manchester United. The long awaited clash between Messi and Ronaldo. But then Hamoudi’s television breaks down… 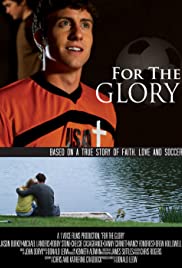 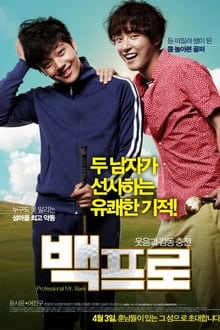 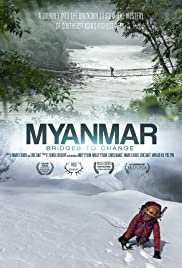 In August 2013 a group of 7 climbers, 5 Americans and 2 Burmese climbers, traveled to northern Myanmar to make a first ascent of Southeast Asia’s disputed highest peak. All told, the climbers traveled over 270 miles on foot through some of the harshest terrain on the planet. As a country that is just recently awaking from over 50 years of military rule and relative isolation, they were offered a glimpse into a culture unaffected by the rapid pace of globalization throughout the rest of world. This film is not just a recounting of a mountaineering expedition, its a film about a country that is on the brink of rapid change, and what this might entail for the future Myanmar and its people.