When a novelist realizes her terrifying stories are coming true, she returns to her hometown to face the demons from her past that inspire her writing.

An anthology series featuring updated tales of horror and haunting for the digital age, inspired by the viral fan fiction of two sentence horror stories.

A young boy’s horror comic book comes to life in this anthology series of terrifying tales.

After a mysterious disease begins transforming people into vampires, Dr. Luther Swann is pitted against his best friend, now a powerful vampire leader.

Poltergeist: The Legacy is a Canadian horror television series which ran from 1996 to 1999. The series tells the story of the members of a secret society known as the Legacy and their efforts to protect humankind from occult dangers. Despite bearing the Poltergeist name, there is no real connection between the show and the Poltergeist trilogy aside from the title.

Poltergeist: The Legacy debuted on Showtime, and all first-run episodes of the first three seasons premiered on that network, though they were later syndicated. After the third season, Showtime cancelled the show, and the rights were purchased by Sci Fi Channel which continued the series for another season. This same pattern was followed by Stargate SG-1, which also debuted on Showtime, was also sold into syndication, and was rescued from cancellation by Sci Fi.

The fourth season of Poltergeist: The Legacy featured an episode starring WWE wrestler The Undertaker as a being from Hell who collected souls, a deliberate crossover with RAW, which was also airing on the USA Network at the time and earning the network some of the highest ratings on cable TV. It was hoped that this cameo would help boost awareness of the new show, and thus generate a larger audience.

Kolchak: The Night Stalker is an American television series that aired on ABC during the 1974–1975 season. It featured a fictional Chicago newspaper reporter who investigated mysterious crimes with unlikely causes, particularly those that law enforcement authorities would not follow up. These often involved the supernatural or even science fiction, including fantastic creatures.

This paranormal series explores the dark secrets lurking in the shadows of sunny bucolic American communities, many of which are haunted by centuries-old tragedies, such as bloody battles and deadly train derailments.

Horror stories told from the perspectives of multiple characters whose lives are affected by the Birch, a bloodthirsty monster deep in the woods. Once you summon her protection, you never escape.

G vs E is an American fantasy-based television action series that had its first season air on USA Network during the summer and autumn of 1999. For the second season the series switched to Sci-Fi Channel in early 2000. The series stars Clayton Rohner, Richard Brooks and Marshall Bell.

G vs E pitted a group of agents who are assigned to “the Corps”, a secret agency under the command of Heaven, against the “Morlocks”, a group of evildoers from Hell.

The series has a 1970s retro-hip style that is similar to Quentin Tarantino’s Pulp Fiction. The show is fast-moving and harkens back to the blaxploitation films of the 1970s. It also mixes spy-fi elements with the end of the millennium Zeitgeist of the late 1990s.

NBC Universal’s horror-themed cable channel Chiller, which launched on March 1, 2007, aired G vs. E as part of its premiere schedule. 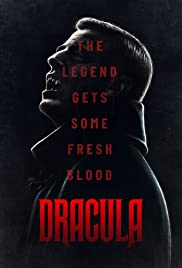 In Transylvania in 1897, the blood-drinking Count is drawing his plans against Victorian London. And be warned: the dead travel fast.

This drama tells the story of a vampire, Park Ji-sang who works as a doctor in a hospital. Yoo Ri-ta is a hotshot heiress doctor, a star physician at the hospital and the niece of the board’s chairman. She’s snooty and cold, but highly capable, and accustomed to being the golden girl. Lee Jae-wook is their chief, an outwardly gentle, inwardly ambitious man who will prove to be their biggest adversary.

Luz, a self-assured teenage human girl, accidentally stumbles upon a portal to the Demon Realm.

When an unidentified woman is found brutally murdered, Detective Molly McGee teams up with fellow cop, Alex O’Connell—with whom she shares a tragic past—to solve the crime.

The central premise of Being Human is that various types of supernatural beings exist alongside human beings, with varying degrees of menace; that three of these supernatural beings are opting to live amongst human beings rather than apart from them; and that these three characters are attempting (as much as is possible) to live ordinary human lives despite the pressures and dangers of their situations. They are constantly threatened with exposure or persecution, with pressure from other supernatural creatures, and with problems caused by their attempts to deal with their own natures.

A Philadelphia couple are in mourning after an unspeakable tragedy creates a rift in their marriage and opens the door for a mysterious force to enter their home. 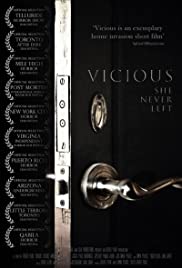 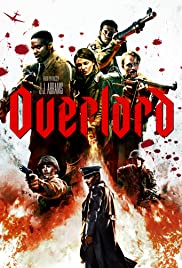 American Gothic is an American horror series created by Shaun Cassidy and executive produced by Sam Raimi. The show first aired on CBS on September 22, 1995, and was canceled after a single season on July 11, 1996.

Kabaneri of the Iron Fortress

Kabaneri of the Iron Fortress

As the world is in the middle of an industrial revolution, a monster appears that cannot be defeated unless its heart, which is protected by a layer of iron, is pierced. By infecting humans with its bite, the monster can create aggressive and undead creatures known as Kabane. On the island Hinomoto, located in the far east, people have built stations to shelter themselves from these creatures. People access the station, as well as transport wares between them, with the help of a locomotive running on steam, called Hayajiro. Ikoma, a boy who lives in the Aragane station and helps to build Hayajiro, creates his own weapon called Tsuranukizutsu in order to defeat the creatures. One day, as he waits for an opportunity to use his weapon, he meets a girl named Mumei, who is excused from the mandatory Kabane inspection. During the night, Ikuma meets Mumei again as he sees Hayajiro going out of control. The staff on the locomotive has turned into the creatures. The station, now under attack by Kabane, is the opportunity Ikoma has been looking for.

When nearby construction disturbs a spiritual resting place, its disgruntled denizens do what any supernatural being would do after a rude awaking – they terrorize the local school. And that means it’s up to a scruffy band of young ghost hunters to expel their satanic schoolmates before everyone gets sent to permanent detention! Meet Satsuki, her crybaby brother, the resident class stud, the school nerd and “psychical researcher,” a born again beauty, and a resentful, demon-possessed cat in the funniest, scariest school you’ve ever enrolled in.

The series was originally dubbed in to English by ADV Films, whose dub replaces the original script with a comedic one. The series has also been translated and dubbed into English by the anime television network, Animax, who has broadcast the series unedited and uncensored under the title Ghosts at School.

Based on a visual novel of the same name by Rejet and Otomate, for the female market.

Komori Yui is a positive-thinking girl who nevertheless is troubled by seeing spirits and experiencing poltergeist phenomena. In her second year in high school, she transfers to a new school — a night school for entertainers and celebrities — due to her father’s work. There are rumours that vampires exist among the student body, and Yui ends up living with the six sadistic Sakamaki vampire brothers.

Tommy is bitten by a werewolf during a camping trip a week before the start of his senior year. After becoming a werewolf, he fights against supernatural entities to keep his hometown of Pleasantville safe.

Darkness is moving in, and young exorcist Allen Walker is humanity’s greatest hope against the wicked forces conspiring to bring civilization to its knees. Akuma – cruel spirits born of tragedy and lost souls – lurk in every shadow, willing and eager to do the bidding of their leader, the dread Millennium Earl. With an eye cursed to see evil in its truest form and blessed with an arm to slay soul-devouring demons, Allen stands ready to confront the gathering evil. Should he fail, Innocence will be lost forever. The war to decide the fate of mankind has begun – and the carnage will be endless.

Preschool kids whose parents are the world’s most famous monsters try to master their special powers while preparing for kindergarten.

Geralt of Rivia, a mutated monster-hunter for hire, journeys toward his destiny in a turbulent world where people often prove more wicked than beasts.