For 10 years Sally has lived a dull suburban life with David. But on the night he asks her to marry him, Sally has a crisis and embarks on a wild affair with Emma, a seductive, charismatic, boho actress, singer, musician, poet and author. 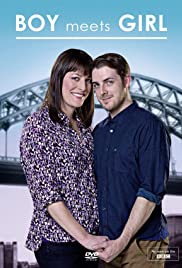 Comedy series about love across the age gap.

Scooby-Doo, Where Are You!

Scooby-Doo, Where Are You!

Scooby Doo, Where Are You! is the first incarnation of the long-running Hanna-Barbera Saturday morning cartoon series, Scooby-Doo. Created by Joe Ruby and Ken Spears, it premiered on September 13, 1969 at 10:30 a.m. EST and ran for two seasons for a total of 25 episodes. Its final first-run episode aired in January 1971.

Nine episodes from Scooby-Doo’s 1976-78 seasons, first run on ABC, were originally broadcast with the 1969 Scooby Doo, Where Are You! opening and closing sequences. The entire 1976-78 series is sometimes marketed as third-fourth seasons of the original “Where Are You!” series. 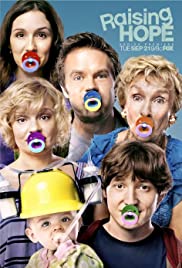 James “Jimmy” Chance is a clueless 24-year-old who impregnates a serial killer during a one-night-stand. Earning custody of his daughter after the mother is sentenced to death, Jimmy relies on his oddball but well-intentioned family for support in raising the child. 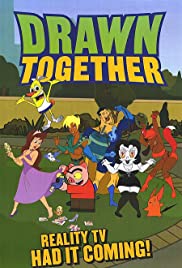 Drawn Together is an American adult animated sitcom, which ran on Comedy Central from October 27, 2004 to November 14, 2007. The series was created by Dave Jeser and Matt Silverstein, and uses a sitcom format with a TV reality show setting.

Like that of MTV’s The Challenge and VH1’s The Surreal Life, the show’s eight characters are a combination of personalities that were recognizable and familiar prior to the series. Differently, however, Drawn Together used caricatures of established cartoon characters and stock characters. In addition, their character traits parody personality types that are typically seen in reality TV shows.

Comedy Central advertised it as the first animated reality show, and in some episodes, characters participate in challenges that are similar to reality TV challenges.

After only three seasons the show was cancelled but still maintains a strong fan base. Subsequently, The Drawn Together Movie: The Movie! was released on April 20, 2010.

Mockumentary comedy series following the life of scottish police officers from different areas of the force in a fly on the wall style.

Bruce Campbell reprises his role as Ash Williams, an aging lothario and chainsaw-handed monster hunter who’s spent the last three decades avoiding maturity, and the terrors of the Evil Dead. But when a Deadite plague threatens to destroy all of mankind, he’s forced to face his demons — both metaphorical and literal. 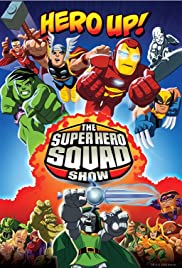 The Super Hero Squad Show is an American cartoon series by Marvel Animation. It is based on the Marvel Super Hero Squad action figure line from Hasbro, which portray the Avengers, the X-Men, and various other characters of the Marvel Universe in a cartoonish super-deformed-style. It is also a self-aware parody of the Marvel characters, with influences taken from on the comedic Mini Marvels series of parody comic books, in that the heroes tend to find themselves in comedic situations, and have cartoonish bents in comparison to their usually serious personalities, and is an overall comedic take on the Avengers. The series’ animation was produced by Film Roman and Marvel Animation. 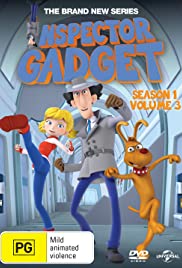 When Dr. Claw returns, Inspector Gadget is brought out of retirement to defeat him again, now with Penny and Brain’s open participation.