Explore the impact of A.I. and how it is transforming the way we live and work — both now and in the future, featuring some of the brightest minds in science, philosophy, technology, engineering, medicine, futurism, entertainment and the arts to tell the dynamic story of A.I. 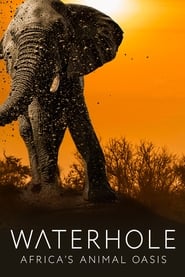 Exploring the bustling oases where elephants, lions, leopards and hundreds of other species meet and compete for water. Reviewing not just exclusive and state-of-the-art vehicles, but also the cars of America’s culture-defining past. Mysteries at the Museum

Mysteries at the Museum

Museums are where America displays its wondrous treasures of the past — often strange and curious remnants of the momentous events that have shaped our history. Behind each artifact is yet another story to be told and secrets to be revealed — tales brimming with scandal, mystery, murder and intrigue. Whether a diary from an Arctic exploration, a stone giant thought to be the remnant of a race of enormous people or a futuristic house that almost changed the world, iconic museum artifacts help us uncover who we are and what we’ve become. Each hour of this series will take viewers on a captivating, revealing and at times shocking tour of America’s past, revisiting its most crucial events by reexamining what has been left behind. The series casts its net wide, exploring the corners and backrooms of institutions dedicated to a variety of popular and entertaining subjects — invisible spies, cold-blooded assassins, dinosaurs, the paranormal, the Old West, the Cold War and more. We’ll tackle some of history’s most enduring mysteries — both familiar tales and little-known episodes that have never been told before on television.

Legend has it that there is a treasure of immense value buried in the Philippine jungle – now a team of American experts, with the help of the only surviving witness, try to uncover the clues to solve the greatest mystery of WW2. Insight into the London Ambulance Service, from the highly-pressurised control room to the crews on the streets. Ambulance provides an honest 360-degree snapshot of the daily dilemmas and pressures. 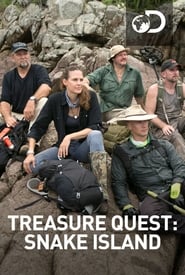 Hidden somewhere off the southeastern coast of Brazil could lie hundreds of millions of dollars-worth of lost Incan gold. One team of treasure hunters has a new theory on where the treasure lies – a remote spot home to 1,000s of deadly vipers. Ross Kemp travels around the world talking to people involved in illicit trades, locals who have been affected by violence and hardship, and the authorities who are attempting to combat the problems. In each episode he attempts to establish contacts within the groups in order to get close to the ringleaders.

Four-part series following the making of four beautiful objects, handcrafted by companies with a royal warrant.