To build an innovative sex app and win a tech competition, a sexually inexperienced student and her friends must explore the daunting world of intimacy.

Wanda Maximoff and Vision—two super-powered beings living idealized suburban lives—begin to suspect that everything is not as it seems. 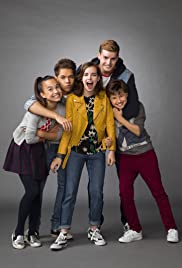 Five foster children attempt to find out what happened to their foster parents.

Burned out on life, Miles undergoes a strange procedure at a strip mall spa — and wakes to find he’s been replaced by a better version of himself.

Young CIA analyst Joe Turner has his idealism tested when he learns that the CIA has been using an algorithm he developed to spy on American citizens, leading the organization to a terrorist plot that threatens the lives of millions. Inspired by Sydney Pollack’s 1975 political thriller Three Days of the Condor.

The true story of the movement to ratify the Equal Rights Amendment, and the unexpected backlash led by a conservative woman named Phyllis Schlafly, aka “the sweetheart of the silent majority.”

The story follows Eren Yeager and Mikasa Ackerman entering Titan Jr. High, a school where humans and Titans study in the same area in coexistence. Because of a “traumatic” event, where the Colossal Titan ate his lunch back in middle school, Eren hates the Titans, and is constantly trying to find a way to rid the earth of their kind. Because of this, he has a hard time making friends, much to Mikasa’s worry.

Hughesy, We Have a Problem

Hughesy, We Have a Problem

Follows the lives and families of three adults living and growing up in the United States of America in present and past times. As their paths cross and their life stories intertwine in curious ways, we find that several of them share the same birthday – and so much more than anyone would expect.

Jules Cobb is a mom in her forties facing the often humorous challenges, pitfalls and rewards of life’s next chapter. Along for the journey is her son, her ex-husband, her husband/neighbor and her friends who together make up her dysfunctional, but supportive and caring extended family… even if they have a funny way of showing it sometimes.