An examination of how America’s changing style through the decades has mirrored the political, social, and economic climate of the time. Using archival footage and interviews with fashion experts and cultural figures, the series highlights the most iconic moments from fashion and pop culture, giving audiences a front row seat to the runway of American history.

Travels in Trumpland with Ed Balls

Travels in Trumpland with Ed Balls

Ghost Hunters International was a spin-off series of Ghost Hunters that aired on Syfy. The series premiered on January 9, 2008. Like its parent series, GHI was a reality series that followed a team of paranormal investigators; whereas, the original series primarily covers only locations within the United States, the GHI team traveled around the world and documented some of the world’s most legendary haunted locations.

Dr. Lisa Sanders crowdsources diagnoses for mysterious and rare medical conditions in a documentary series based on her New York Times Magazine column.

The personal stories behind eight cases of wrongful conviction that the Innocence Project and organizations within the Innocence Network have worked to highlight and overturn.

An inside look at the changing role of athletes in our fraught cultural and political environment, through the lens of the NBA.

We are surrounded by an endless stream of infinite data, with information bombarding us from seemingly every direction. These signals, which are part of our everyday operations, help define our understanding of the Universe, and largely go unnoticed. That is until a glitch occurs. A blip on a screen, a faulty frequency, or a mysterious interference – what are these unknown signals? Where are they coming from? And what do they really mean? 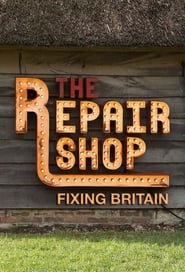 Jay Blades and The Repair Shop (2017) team delve deeper into various repairs to show how items have shaped the way we live now.